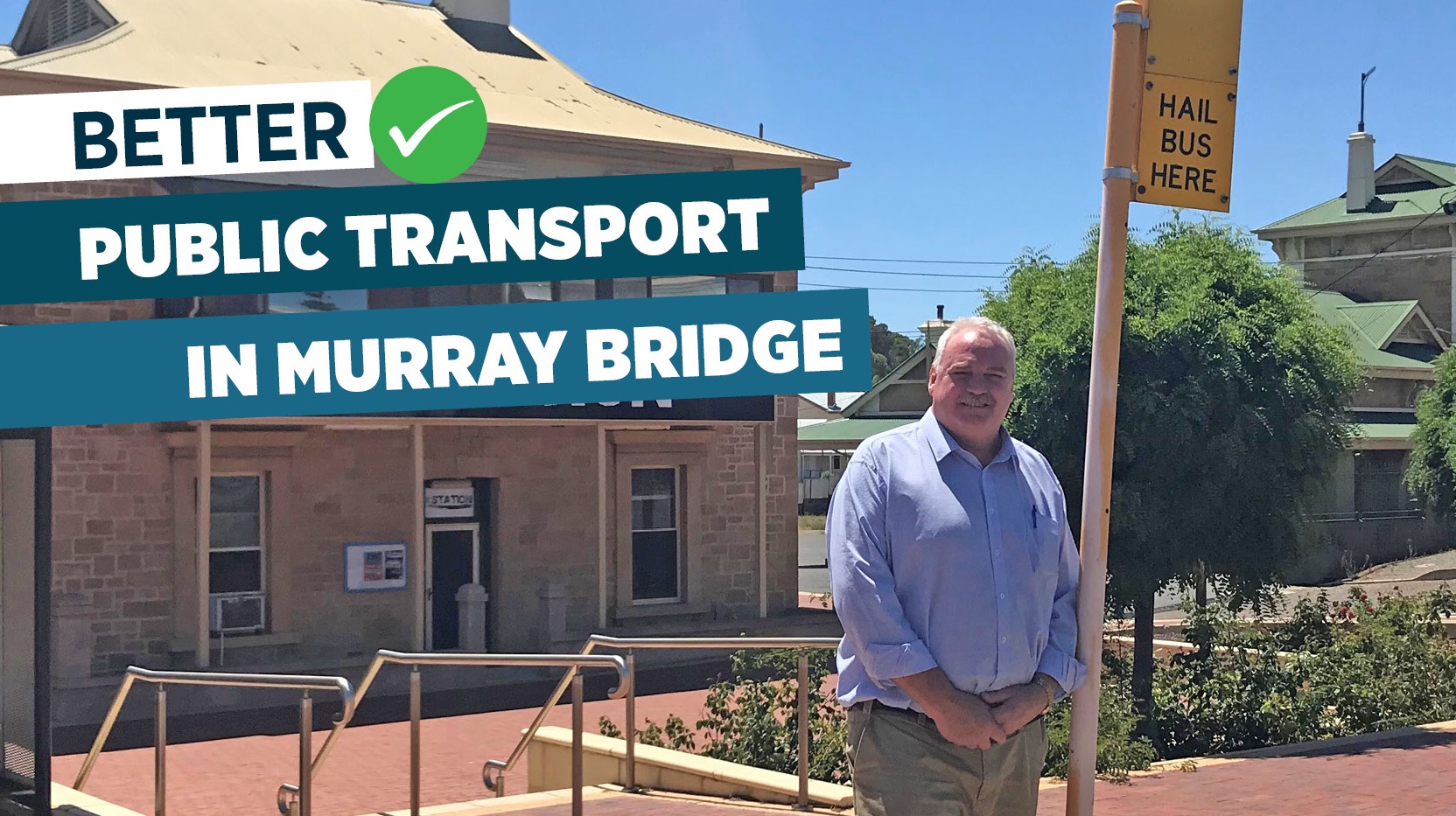 If elected, a Marshall Liberal Government will assess the feasibility of extending the Adelaide Metro public bus system to Murray Bridge.

“The lack of public transport options for Murray Bridge residents is a real problem for those needing to get to Adelaide whether it be for work, study or leisure, and it’s been an issue that the current State Labor Government has failed to address for a long time,” said Member for Hammond Adrian Pederick.

“At the moment, the only option for Murray Bridge locals who want to use the public transport system is to get a Link SA connector bus to Mount Barker before jumping on an Adelaide Metro bus from there to Adelaide.

“There’s also a direct bus service to Adelaide operated by Link SA, however it only leaves once in the early morning and once in the afternoon with two services back from Adelaide.

“It’s also an expensive exercise with an adult fare for the direct service costing $22.50 each way, and the connector service to Mount Barker costing $11.30 plus the standard Metrocard fare from there.

“Clearly, for many older people in our community on fixed incomes, or students, the cost is a factor in why the current service isn’t well patronised, as well as the inconvenience.

“I’ve had a huge number of constituents raise the issue with me over a long period, and going back to 2010 my office conducted a survey on the bus service. The overwhelming response was people wanted a more frequent and direct service between Murray Bridge and Adelaide.

“In my position as the Member for Hammond, I have been a strong advocate for Murray Bridge to be serviced by the Adelaide Metro public transport system and I have voiced this to current and past Labor Ministers, in the State Parliament and locally on countless occasions.

“I understand the importance of a Metro public transport system in Murray Bridge and I’m pleased that a Marshall Liberal Government will assess the feasibility of extending the Metroticket system to Murray Bridge should we be elected in March.”