The Labor Government's plans for the Hahndorf Township Improvements and Access Upgrades project have completely missed the mark and go nowhere near the purpose of the project under the Marshall Liberal Government.

Shadow Minister for Infrastructure and Transport, Vincent Tarzia MP, says that while works to upgrade the main street of Hahndorf and improve the Verdun and Mount Barker interchangesd are welcome, they are only part of the original plan and, without more, will make already dangerous congestion in Hahndorf worse.

"The purpose of the interchange project is to divert heavy vehicles from the main street of Hahndorf but this updated design will just make it easier for vehicles to funnel through the town from the South Eastern Freeway."

"I'm sure a lot of us have driven through the main street of Hahndorf with a truck coming the other way and feared we might get side swiped. The Liberal Government's vision was aimed at removing this risk and easing congestion and now that plan has been totally disregarded," Mr Tarzia said.

Shadow Minister for Regional Roads, Mr Pederick MP, is calling on the Government to release new costings for the updated project.

"Nowhere in the project update does it mention new costing figures but given the significant scaling back of works I'd be surprised if the budget is still $250 million."

"We invested so much money on upgrading roads during our term in Government and this decision by Labor to back down on critical projects shows what's important (or not important) to them," Mr Pederick said.

Member for Heysen, Josh Teague MP, has met with local groups and residents of Hahndorf and Paechtown since the State Government's announcement that it is abandoning the new freeway interchange and watering down other elements of the project to gauge their reaction to the changes.

"It is clear that the community has been short-changes as this new project will not solve the traffic issues originally identified in Hahndorf. I join with locals including the Hahndorf Community Association expressing our dismay that despite years of work, serious consideration, and through ongoing engagement directed at solving the problem, the proposed works are inadequate and without more will make the problem worse."

"We believe the Government has taken the easy way out and appears unwilling to make the hard decisions necessary to achieve the project's purpose. The government must now step up and commit to solving the problem," Mr Teague said. 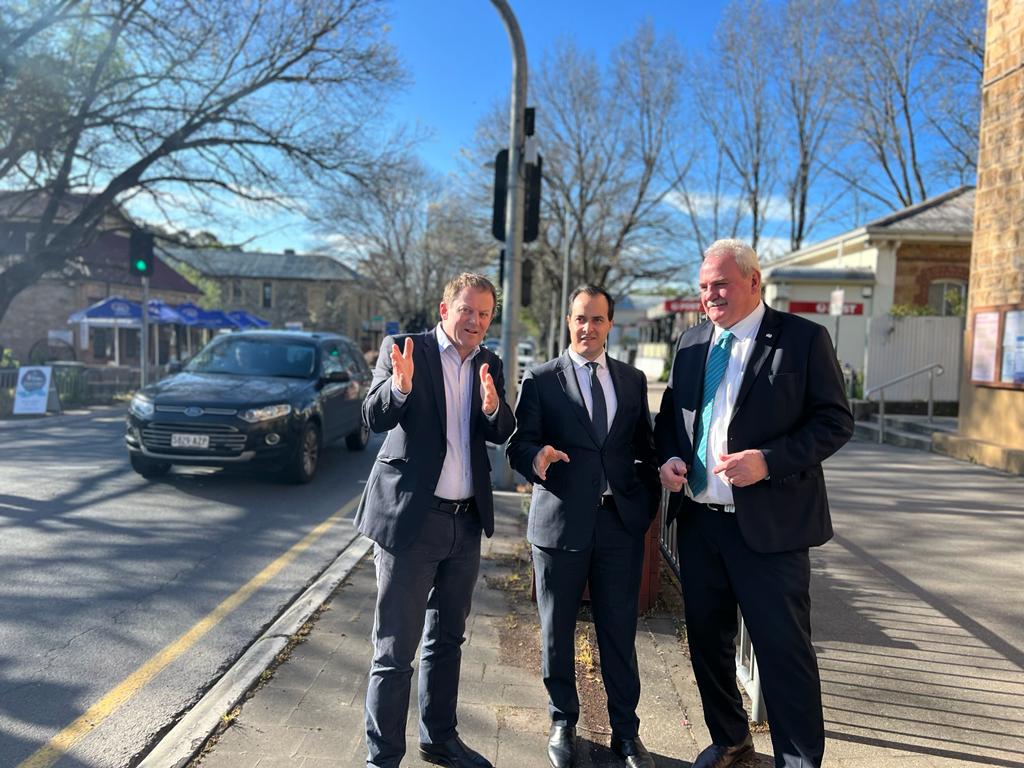